Interpreting words is now the 2017 subjective of words, by those who know better, therefore, only the better informed than me can attribute the true meaning.

Just a few days ago, I was flummoxed into word interpreting when I read an article on the front page of the prestigious The New York Times.
How could it be that the meaning of what our EPOTUS says has to be interpreted by a reporter?
I asked myself why this reporter believes I cannot understand the words used by our EPOTUS.
Could it be this reporter assumes I am not one of the some 60 million voters who elected a candidate, knowing full well what he meant with commonly accepted words, placed in the kind of sound bites not accepted by one and all of the media.

Yet the media continues to boil down what they cannot understand, but I am supposed to place the believe of their editors as transmitted by a reporter who identifies as a journalist who knows facts.
Those who know better than me, the editors and journalists of The New York Times  tell me what should be said by anyone who is elected to the highest office in the land, but if the EPOTUS who becomes POTUS on January 20 uses words that some 60 million voters did understand when they voted for him, I am not capable of understanding because?
The loser candidate won the popular vote in the bi-coastal states, but the winner of the Electoral College speaks in sound bites and campaigned according to the rules—whether I voted for him or not, I should have the opportunity to seek my own meanings in these words that are simple, but certainly to the point.

Could it be that words can have the effect of making me question what has been said in the past?

Posted by Cynthia Lynn at 9:53 AM No comments: 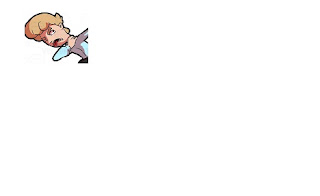 Call this 21 st century a century of words perversion.

For instance, a simple meaning for choke means "to become unable to breathe usually because something gets stuck in your throat."
Also the word, choke, has another entirely different meaning as a part of the automobile that regulates the fuel of an automobile.
The synonyms for this noun are: gag, retch, cough

The word choke becomes the "choked" version in the 21st century, is a transitive verb.
For instance, "to grip (as a baseball bat) some distance from the end of the handle —usually used with up."
Closest in the political sense, the word choked, was popularized by the plain spoken POTUS-elect of 2016 in a derogative description of the 2012 Republican candidate.  The same word was used by Hillary Clinton during a contentious debate with the now POTUS-elect.
All in all, the perversion of words in this 21st century reference use of words for other than simple meanings for words converted to any situation not considered in another era.
For instance, in the case of the POTUS-elect, according to a recent TV special the sport of baseball was played well enough to be considered by a scout for a major baseball team.

The progressive of words and meanings becomes a 21st century fact as the world becomes less predictable, and like everything else, change of meanings of words is all we can count on.

Posted by Cynthia Lynn at 8:48 PM No comments: 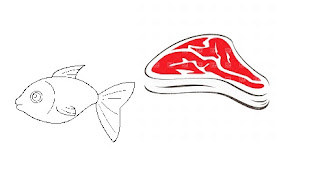 The word CORRUPTION has a 21st century meaning that isn't the twentieth century label of shame *dishonest or fraudulent conduct" by those in power typically involving bribery.
In this 21st century of double entendre and convoluted  words and meanings, "corruption" can be in the eye of the beholder.
"Corruption" thus becomes *the process by which something, typically a word or expression, is changed from its original use or meaning to one that is regarded  as erroneous or debased. Synonyms: alteration, bastardization, debasement, adulteration.

To build on my hypothesis.
21st century "corruption" is like eating a fat thick steak via a slaughterhouse of slaughtered cattle herded into place for the coup de grace when the slaughterhouse turns into a farm where fish is raised.

In my continuing reexamination of words and meanings in this 21st century, it is a different dishonesty assigned to "corruption" based on public acceptance of new social norms, as authorized by higher "authorities" who determine the "right" and "wrong" of 21st century behavior.

Can "corruption" be assigned to a deliberate "adulteration"?
Like pretending slaughterhouse beef is really farm raised fish tastes like steak and can't damage the environment, but is a farm raised fish bastardization of steak?

Posted by Cynthia Lynn at 3:07 PM No comments: 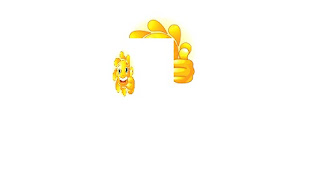 Posted by Cynthia Lynn at 6:33 PM No comments:

does the noun Emperor have a special significance?

I started this blog about words and meanings to illustrate how words are used to signify meanings that take on a political or social context.

According to the online Merriam-Webster dictionary, an Emperor is the sovereign or supreme male monarch of an empire—and that is a meaningful definition in a societal sense.

The Board of Directors of the most powerful global corporations are still male dominated.  And despite the advances of women in the marketplace, women still "fetch the water." To keep their position at the top of the glass ceiling, women willingly perform the task of visible representation to become the spokesperson for their male dominated Board of Directors.

Insofar as the use of "the Emperor has no clothes" figurative illusion, the sovereign or supreme male monarch doesn't need any clothes to mandate what he wants.

And politics being what they are in this election cycle, the Emperor is code for the power structure that wants no change, and those who are powerful in both political parties are determined that the Emperor gets his way in spite of the will of the people.

Will the powerful win?  Or will the people finally triumph?

Posted by Cynthia Lynn at 9:27 PM No comments: